Criminal vs. Civil Penalties for DUI in Florida 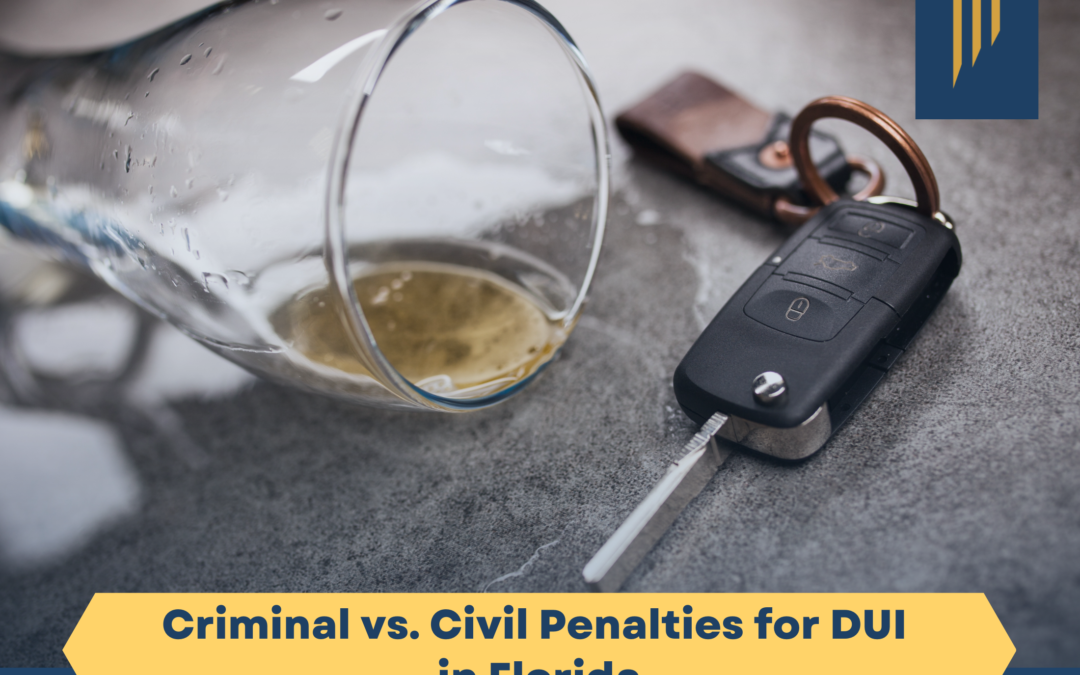 In Florida, the penalties for driving under the influence (DUI) can be criminal or civil, depending on the circumstances. Criminal penalties involve jail time and fines, while civil penalties may include loss of driving privileges and mandatory alcohol education classes. In some cases, both types of penalties may apply. It is important to understand the difference between the two in order to make an informed decision about how to handle a DUI charge.

A criminal charge is when the state government prosecutes an individual for engaging in behavior that goes against social norms. Penalties usually include fines, incarceration, and probation to punish those who break the law.

In the state of Florida, it is illegal to operate a motor vehicle while having a blood alcohol concentration (BAC) over 0.08%. Those caught driving with such a BAC may be accused of driving under the influence (DUI) and face criminal charges.

A first DUI offense can lead to imprisonment for up to six months, a financial penalty of between $500 and $1,000, a suspension of the individual’s driver’s license for up to one year, and may require them to install an ignition interlock device in their car (for which they must pay). Penalties become even harsher if there are additional situations that aggravate the situation, such as:

Keep in mind that these penalties are intended solely to punish the offender and not to provide compensation to future victims. Civil penalties then become relevant in that situation.

The Civil DUI Penalties in Florida

There are various civil consequences that come with a DUI conviction in Florida. These are distinct from criminal penalties and aim to compensate victims for their damages. Civil cases can arise either as a follow-up to a criminal prosecution or at the same time. Examples of common civil consequences include:

If you have been charged with DUI or suffered damages due to a drunk driver, it is important for you to contact an experienced personal injury attorney in Florida.

An experienced lawyer can help protect your rights and advise you on handling the legal proceedings associated with a DUI charge. They also may be able to negotiate a fair settlement that compensates victims for their losses.

If you are facing criminal charges related to driving under the influence, seek advice from qualified criminal defense counsel as soon as possible.